Once again, much more time has passed than I intended to allow between posts. Oh well.

We’ve had our first frost on Oct 17, our first fire on Nov 1, and our first light snow on Nov 9 (I think). Today I finally got the rain barrels drained and the hoses in the shed. The chainsaw is at least mostly functional, and we’re cutting a little bit of wood for 2018/19. It’s starting to feel like winter. 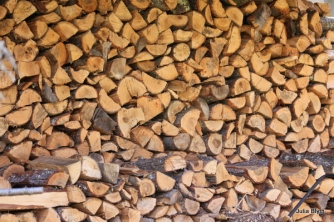 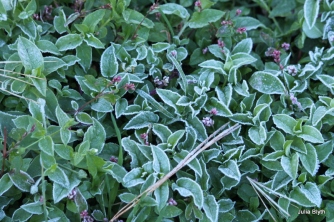 On Oct 22, we held our first Cider Party, in the tradition of my parents’ annual Fall Party. It was a blast… about 30 friends/ family came over; we pressed 8 gallons of cider, had a delicious potluck, some rockin’ music, and just great company and fun.  The kids discovered the inspiration for velcro. 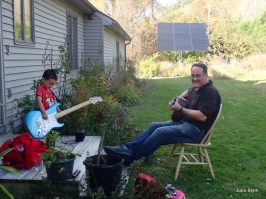 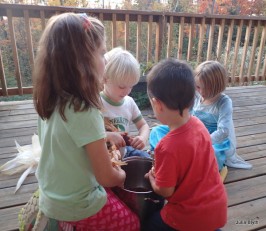 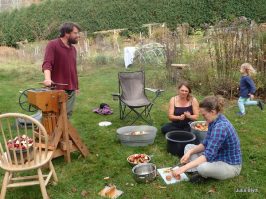 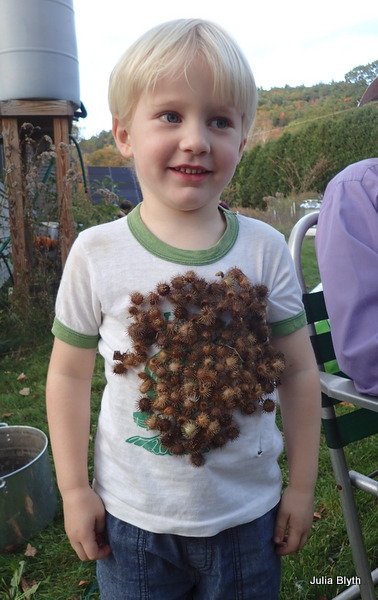 Just before our party we had our septic system pumped and used it as an excuse to finally fix the odd topography of the area where the septic lids are. When a new tank was installed before we moved in, no one graded the area, so what should have been a path wasn’t. We leveled the path, covered the lids, and planted strawberries on the slope. 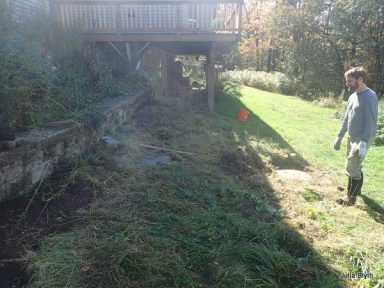 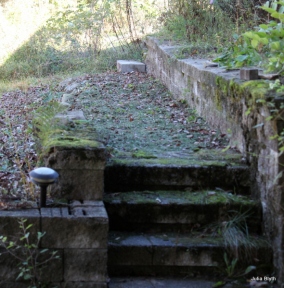 after, from the other end of the path

This fall was exceptionally warm and pleasant. We had monarchs and bees nectaring through the second week of October. Some people said the leaf color was a let-down, but I found the foliage to be quite gorgeous. 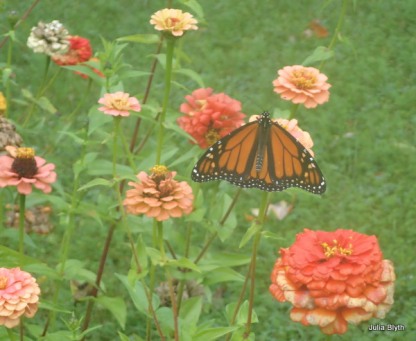 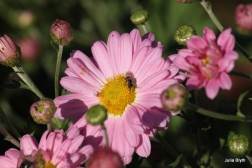 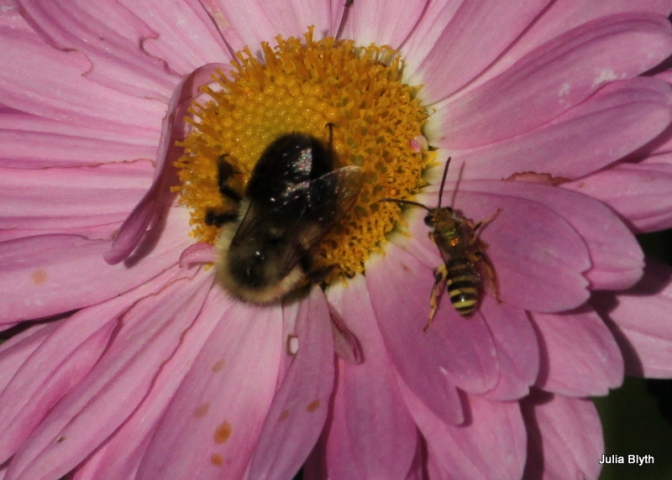 Our first two frosts were mild enough that a sheet over the raspberries meant we still had fruit. Basically, only the tomatoes and ground cherries were killed. Then, a few weeks later, as we headed into the low 20s overnight on November 9th, we picked the last of the eggplants, peppers, lettuce, leeks, squash, some Brussels sprouts, turnips, green beans, fennel, cilantro. Lots salvaged. The several small leeks I left in the ground are severely damaged now; perhaps they’ll resprout in the spring. Hopefully the last of the Brussels sprouts, kale, and cabbage will last a bit longer outside. 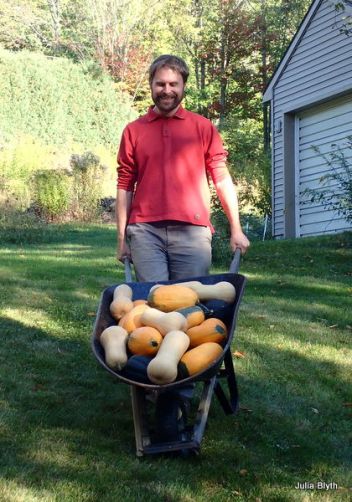 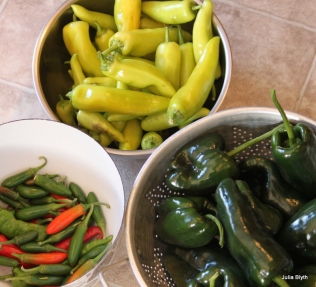 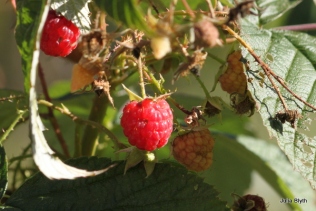 In the hoop house, the Swiss chard has melted into a dark green/ brown soup. The lettuce and spinach, under an additional row cover, looks healthy, if not likely to grow much for a while. We have a vole or something that delights in munching the broccoli and other young plants in the hoop house. I don’t have the heart to trap it, though we may be left with no winter greens. 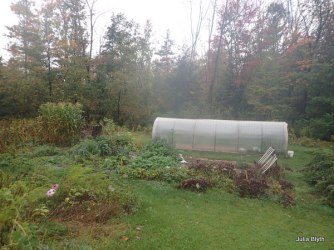 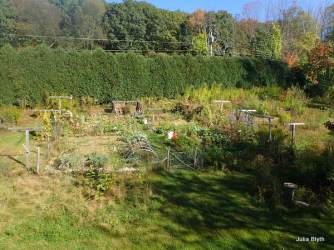 Last night we shelled all of the black and kidney beans. I’d picked some of them just before that really cold night, and the pods were wet. Some mold, but not much loss. There must be about a gallon of dried black beans. Fewer kidneys and limas. The night before last I shucked the popcorn. This also sat inside, in husks, for almost two weeks before I got around to dealing with it. Again, some mold, but not too much seriously damaged. It’s drying in pans by the fire. 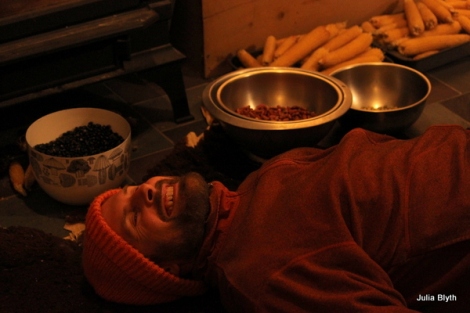 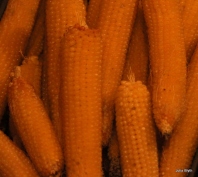 On Nov 4th, we celebrated Charley’s birthday by presenting at the Nantucket Biodiversity Initiative conference (where we met six years ago). 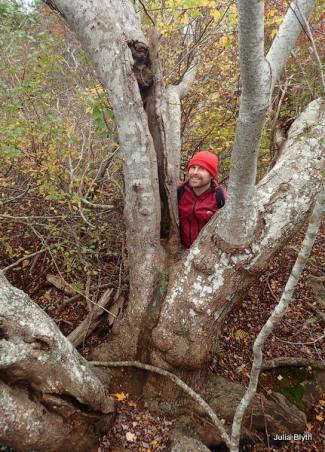 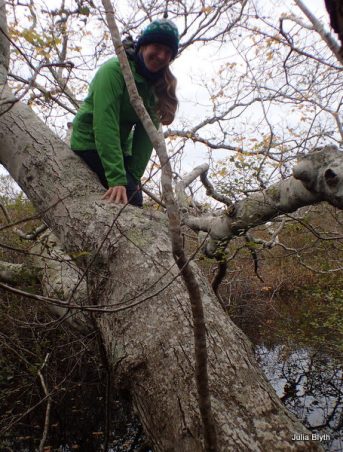 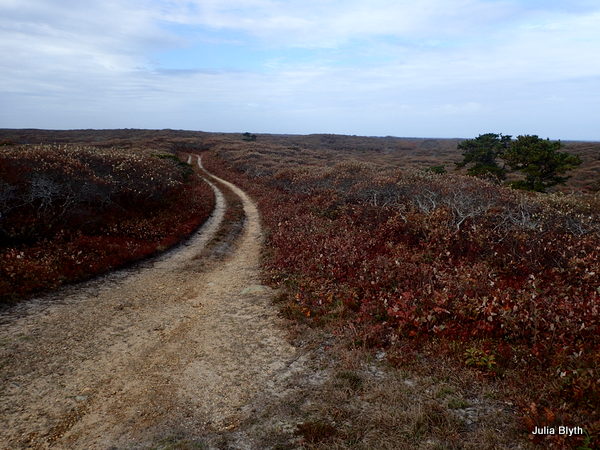 I’m just so grateful that I have a garden to escape to when it feels like my heart is going to explode from the stress of trying to be a well-informed American citizen. I am a little afraid of the winter, when I don’t spend as much time with soil under my fingernails.

On another note, here’s a beautiful ichneumon wasp ovipositing in some unsuspecting stem borer in a marsh elder on Nantucket. 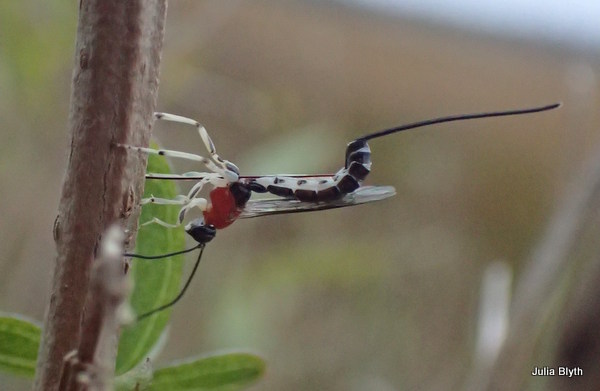 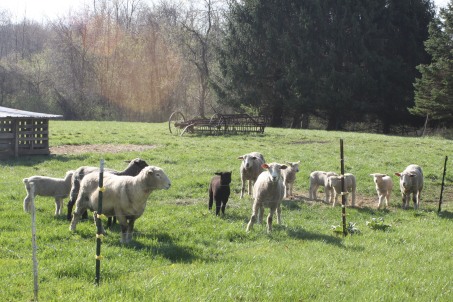 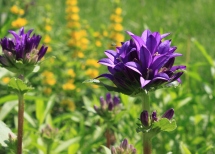 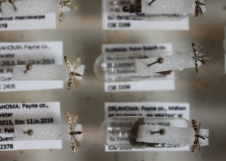 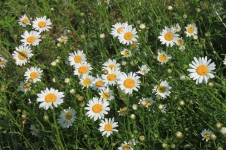 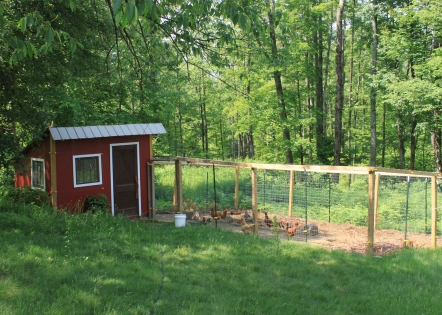 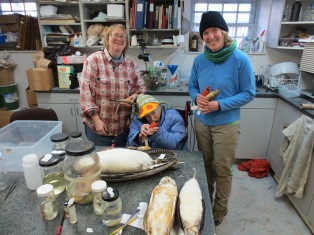 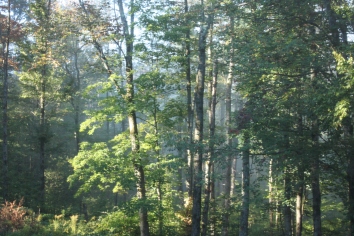